Crater Lake Circuit is a 7.25km, grade 3 hike located in the Cradle Mountain-Lake St Clair National Park, Tasmania. The hike should take around 3 hrs to complete.

This track is at a lower altitude than many other tracks in the Cradle Mountain area. It’s a better option for days when the higher altitude tracks are being lashed by cold winds and heavy rain.

Crater Lake itself, despite its name, is not a crater. It was formed by the action of ice during previous ice ages. In autumn, the steep slopes that surround this beautiful lake are ablaze with the glorious colours of fagus. The dark colour of the water, like so many lakes and streams throughout western Tasmania, is the result of tanins leached from buttongrass and tea tree vegetation.

Boatshed
The often-photographed boatshed that stands on the northwestern shores of Lake Dove was built in 1940 by the first Ranger at Cradle Mountain, Lionell Connell. The shed was built largely of King Billy pine. Although some restoration work was completed in 1983, the shed remains substantially unaltered from its original form.

Although the boatshed is now vacant, boating was popular on the lake up until the 1960s. Indeed, during the 1920s Gustav Weindorfer used a very basic and somewhat perilous raft comprised of two pine logs connected by a pailing deck. He later used a more substantial punt to ferry passengers around the lake. In 1938, the Cradle Mountain Reserve Board purchased three Huon pine boats, which remained in service until the 1960s. It was for these that the Lake Dove and the similar but smaller boatshed at Crater Lake were built.

Crater Falls
Crater Falls is in a gully filled with species typical of Tasmania's cool temperate rainforests, such as sasafrass and myrtle-beech. The gully is an example of gallery rainforest, where the fire-sensitive trees have managed to avoid being burnt by the fires that have passed across the landscape.

Supervise children, waters in lake, severe weather conditions all year round, weather may change quickly, tracks are difficult to navigate when covered in snow and may be impassable.

Cradle Mountain-Lake St Clair National Park is located in the Central Highlands area of Tasmania (Australia), 165 kilometres northwest of Hobart. The park contains many walking trails, and is where hikes along the well-known Overland Track usually begin. Major features are Cradle Mountain and Barn Bluff in the northern end, Mount Pelion East, Mount Pelion West, Mount Oakleigh and Mount Ossa in the middle and Lake St Clair in the southern end of the park. The park is part of the Tasmanian Wilderness World Heritage Area. 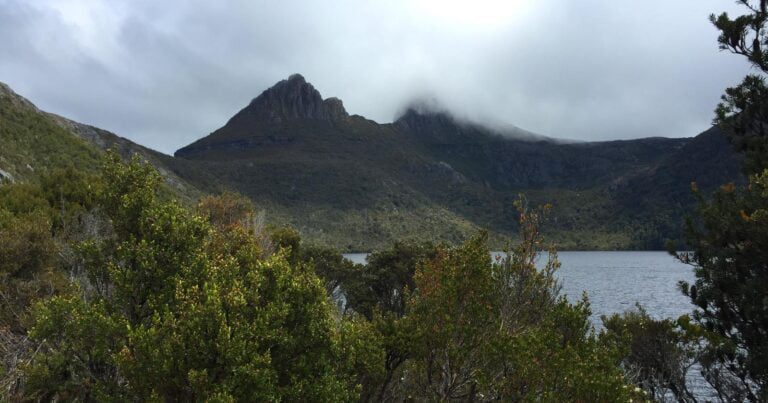 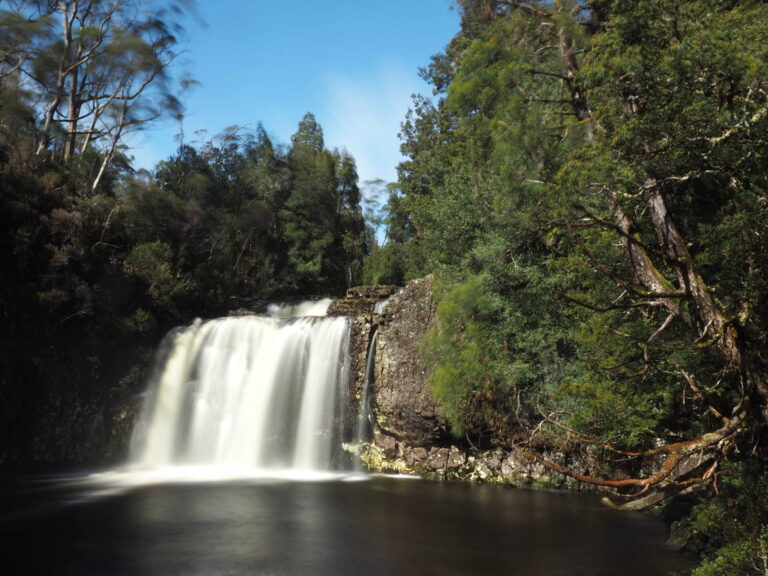 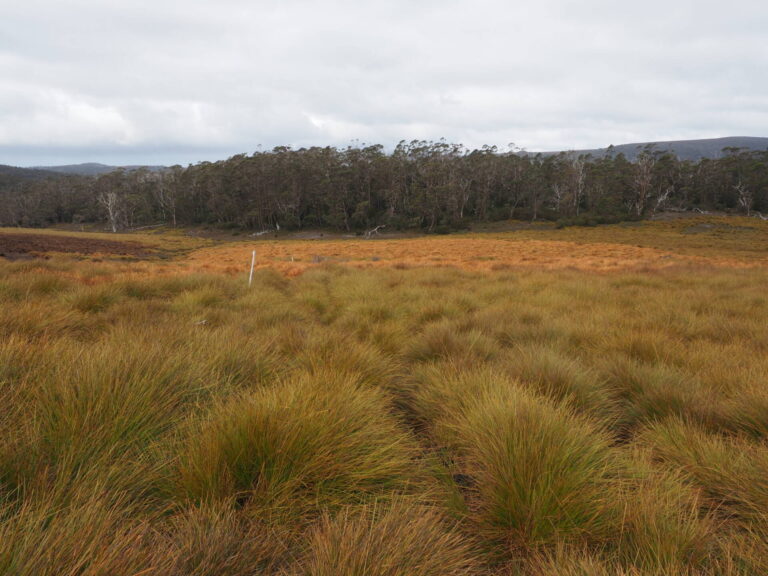 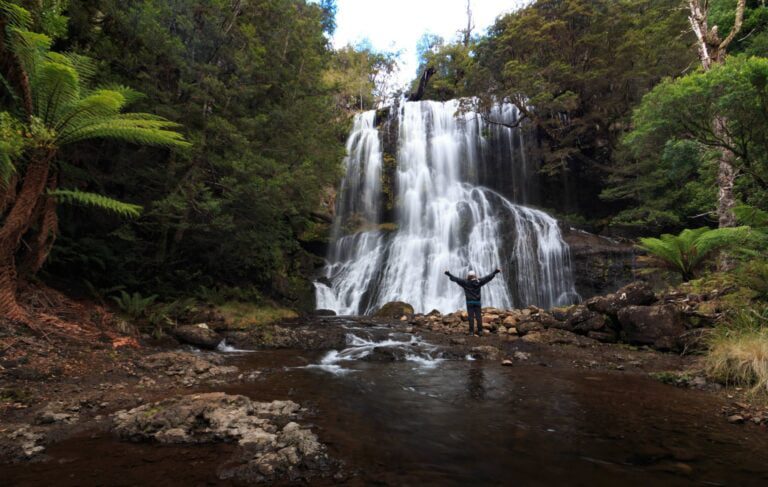