Bivouac Bay Walk is a 10km, grade 3 hike located in the Tasman National Park, Tasmania. The hike should take around 3 hrs to complete.

Here in the Tasman National Park you can enjoy a coastline, remote from roads and houses without walking a long distance or climbing steep hills. The walk leaves from the squeaky white sands of Fortescue Bay and gives you close-up views of sparkling waters and large kelp forests. You might see a seal or dolphins!

In 1907 she was renamed William Pitt and sold in Melbourne. She came to Hobart in 1940 for use in the construction of the floating Arch Bridge across the Derwent River. She was later scuttled in 1955 to act as a breakwater for small craft in Canoe Bay.

The Candle Stick and Totem Pole (43º 08' 21" 148º 00' 22")
Horizontally bedded Permian (marine) and Triassic (non-marine) sediments intruded by Jurassic dolerite dominate the Tasman peninsula. The action of the sea has produced a cliffed coastline with many erosion features noted for their grandeur. Nestled in a narrow chasm between the Lanterns at Cape Hauy, two such features, the dolerite towers of the "Candlestick" and the "Totem Pole" at Cape Hauy, are able to be seen across Fortescue Bay from the track leading to Bivouac Bay. See the Cape Hauy Great Short Walk for details.

Arthur Highway (A9) to junction with Fortescue Bay road (C344) which is 4km south of Taranna and 4km north of Port Arthur. Turn into C344 and drive 12km to Fortescue Bay. (This road is unsealed but is suitable for 2WD vehicles and mountain bikes.)

Tasman National Park is a wild, yet accessible park of tall forests and a truly spectacular coastline. Waters from the Southern Ocean collide with the towering sea cliffs of the Tasman Peninsula, creating spectacular rock formations, including caves and arches. The coastal vegetation grows precariously close to the edges of the cliffs, creating a blanket of green that contrasts with the surging surf below. Australia’s highest sea cliffs have walkers on the award-winning, multi-day Three Capes Track in awe. Day walkers can also discover a slice of this beauty high atop the cliffs on shorter coastal walks at Cape Hauy, Cape Raoul and the world-famous big wave mecca, Shipsterns Bluff. 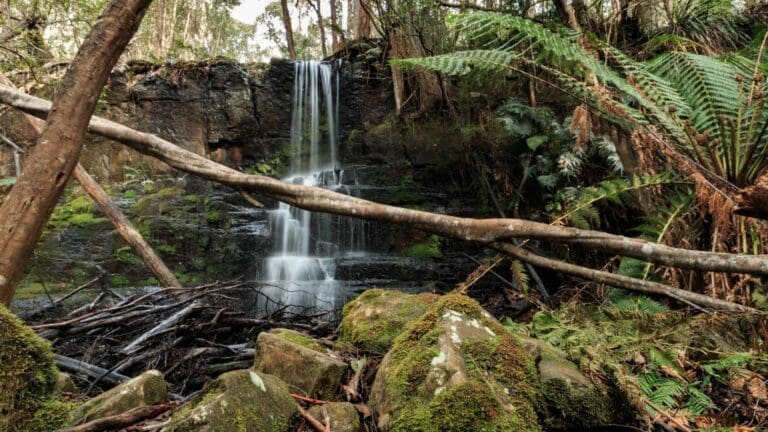 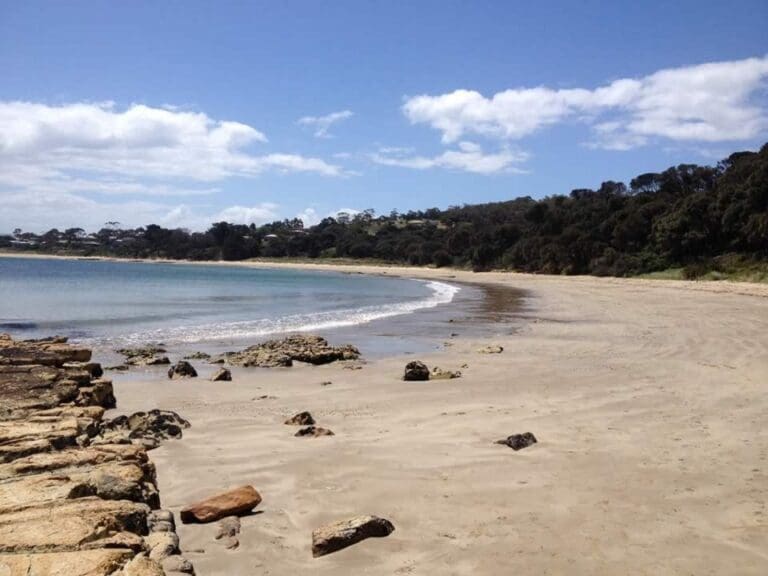 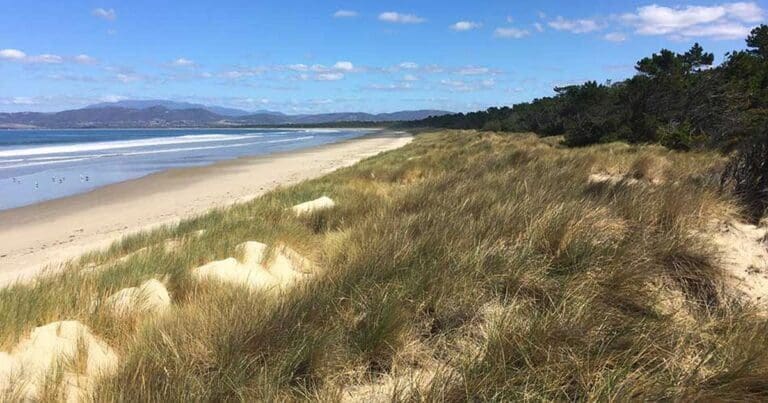