Long known as a destination with beautiful beach walks and spectacular clifftop strolls, the Mornington Peninsula boasts one of Victoria's top walks.

The Mornington Peninsula Walk takes a roughly triangular route, linking four established trails and traversing the most beautiful and spectacular parts of the peninsula. Along the way, the trail takes in the historic fort at Point Nepean and the foreshores of Portsea, Sorrento, Blairgowrie, Rye, Rosebud and Dromana before climbing over Arthurs Seat and descending through lovely stretches of forest and ferny glens to the dark and brooding cliffs of Cape Schanck and the Lighthouse. From the Lighthouse, the track weaves its way west through thick coastal tea-tree and drops onto yellow-sand beaches before a final stretch of alternating tight single track and cliff-top trail brings you from Rye to London Bridge.

The 100km Mornington Peninsula Walk combines four other walks: the 'Two Bays Walk' through the hinterland from Dromana to Cape Schanck, the 'Coastal Walk' through the Mornington Peninsula National Park along the Bass Strait coast from Cape Schanck to Portsea, the 'Point Nepean Walk' in and around the Point Nepean National Park, and the 'Bay Trail' from Portsea to Dromana along the shores of Port Phillip. You can complete the whole walk over several days, or enjoy it over several visits.

There are lots of relatively easy walks, including the 5km Bushrangers Bay walk from clifftop Cape Schanck to Boneo Road. Greens Bush is a tranquil gem and a wildlife haven, with kangaroos and wallabies feeding in the early morning or at dusk, and birdlife including wrens, colourful parrots, kites and soaring eagles. There are a couple of rewarding circuit walks of 1.6km and 3.6km through beautiful forest from Baldry Crossing, and a 4km circuit walk from Long Point Road that takes in forest, grasslands and gullies. There's also an 8.9km walk which is part of the Two Bays Walking Track, with silent forests, huge stands of grasstrees that may be more than 200 years old, lush fern gullies and grasslands.

The Mornington Peninsula National Park adjoins Point Nepean National Park, with the Coastal Walk encompassing 26km of beach and cliff walks along Bass Strait from London Bridge right to Cape Schanck. Some of the sections are very suitable to do as short walks in their own right; including the 2km Farnsworth Track from London Bridge carpark to Portsea ocean beach, the 3km Fingal Beach walk to lookouts over Bass Strait, and the 4km Coppins Track walk from Sorrento ocean beach along the dramatic clifftop to Diamond Bay.

QUARANTINE STATION
1.5km from the Information Centre. Wander around the historic site which was established in 1852 to protect the colony of Melbourne from ship borne diseases. From the 1950s the buildings also housed the Army Officer Cadet School.

RANGE AREA WALK
The 1.8 kilometre walk meanders through coastal scrub, a former Rifle Range and passes Monash Break and Light with sweeping views of the park and Melbourne City. The Range Area was used to train cadets in the Army Officer Cadet School; training included firing rifles, grenades and machine guns. The walk links the Quarantine Station and Cheviot Hill.

WALTER PISTERMAN HERITAGE WALK
1km return starts at Gunners Cottage passing Point Nepean Cemetery to the remnants of the former quarantine cattle jetty where there is a picnic area and views of the bay. Stroll through coastal vegetation to Port Phillip Bay at Observatory Point with views of Port Phillip Heads.

CHEVIOT HILL AND HAROLD HOLT MEMORIAL
Cheviot Hill is the highest point of Point Nepean, with World War II fortifications. Walk the track up to the hilltop which overlooks Cheviot Beach, the site where former Australian Prime Minister Harold Holt disappeared in 1967. A memorial is located 500 metres from Cheviot Hill.

FORT PEARCE AND EAGLES NEST
Explore the lookouts from the fortifications with stunning views of Bass Strait, the Pearce Barracks site where army personnel lived and the location of Australia's largest Disappearing Gun.

FORT NEPEAN
5.2km from the Information Centre. Contains a series of military fortifications dating back to the 1880s with stunning views of Port Phillip Bay and Bass Strait. Explore the tunnels, forts and gun emplacements from which the first allied shots of both World War I and World War II were fired.

This takes you along the beaches and villages of Port Phillip Bay from Dromana right to Portsea, where you can join the Point Nepean National Park walk.

Breathe in the fresh sea air, sample innovative local cuisine, and soak up the relaxed alfresco lifestyle of the Mornington Peninsula, just an hour from Melbourne. Explore the galleries, spas and cafes in breezy seaside villages, cool off with a day on the beach, or escape to the hinterland for gourmet delights at boutique wineries. 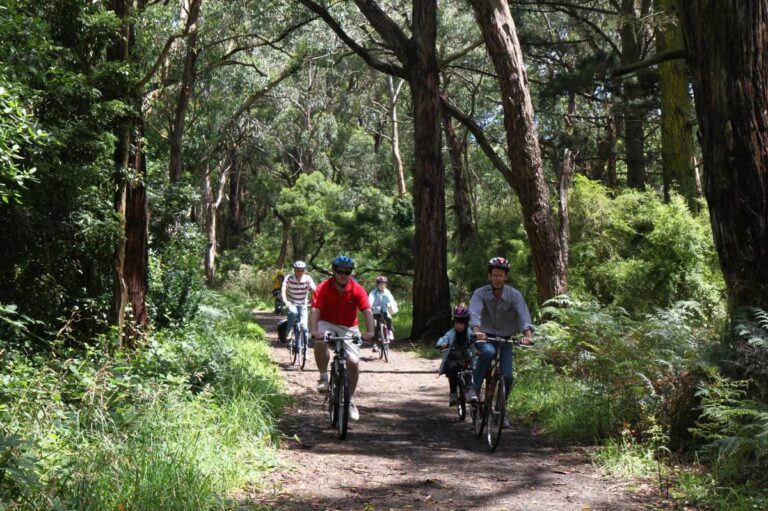 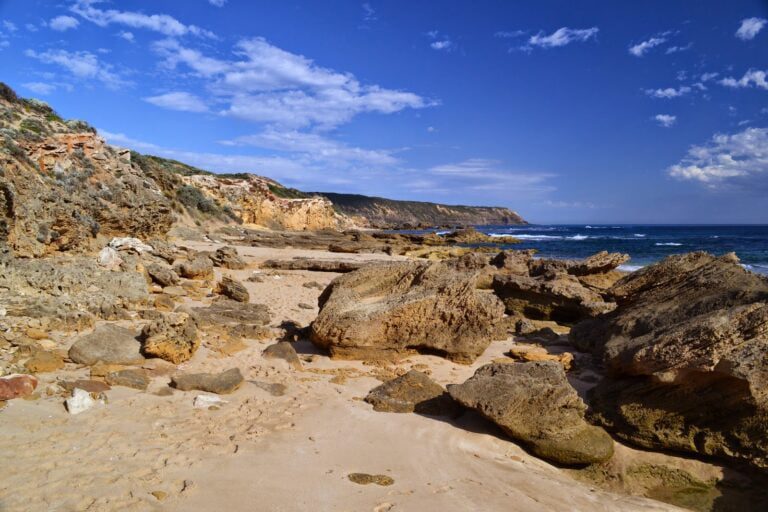