Painted Cliffs is a 4.5km, grade 2 hike located in the Maria Island National Park, Tasmania. The hike should take around 1.5 hrs to complete.

This walk is on Maria Island and can be enjoyed as part of a day or overnight visit to the island. The Painted Cliffs are best visited at or around low tide to allow safe access around the rock platform adjacent to the cliffs. Visitors can return via the Oast House where hop kilns were built sometime before 1845.

Day visitors could combine the walk with another Great Short Walk, the Fossil Cliffs walk and/or exploring the historic Darlington area.

Painted Cliffs
The geology of Maria Island is of great interest as it contains features from many geological ages. The Triassic sandstones of the Painted Cliffs is one such feature.

Although this sort of rock formation is not uncommon, it is rare in a natural situation for it to be so extensively and beautifully exposed. The wonderful patterns are caused by ground water percolating down through the already formed sandstone and leaving traces of iron oxides, which have stained the rock formation. This probably occurred millions of years ago in a monsoonal climate.

More recently, sea spray hitting the rock face has dried, forming crystals of salt. These crystals cause the rock to weather in the honeycomb patterns that you see. Wave action has also created some interesting features. Rock fragments moved around by the water have gradually worn small potholes and notches into the cliff face, eventually resulting in the undercutting of the cliff. This is a continual process and as you walk further along you can see how quite recently the cliff top has collapsed, plunging sandstone blocks and she-oaks down to the sea.

This is a very fragile environment so please do not walk on the cliffs or scratch the formation.

Oast House
The Oast House was been built during the second convict period in either 1844 or 1845, making it one of the oldest oast houses in Australia. Oast houses are hop kilns used for the drying of hops. The surrounding area was first developed into hop fields during the first convict period (1825-1832) and subsequently expanded.

The original building has two large brick drying-towers with floors of ventilating bricks which can still be seen among the ruins. The building was later modified, and has been used for crushing grapes and, later, as an abattoir.

Picnic, toilet and gas barbecue facilities. There are no shops on the island. Basic hut and camping accommodation (own bedding, stove and food required).

Moderate grade with no steep sections

Pets or firearms not allowed. Bicycles are permitted to the point where the Bishop and Clerk track departs from the Fossil Cliffs track.

A ferry operates to Maria Island. The ferry departure point is at Triabunna.

The East Coast and Flinders Island 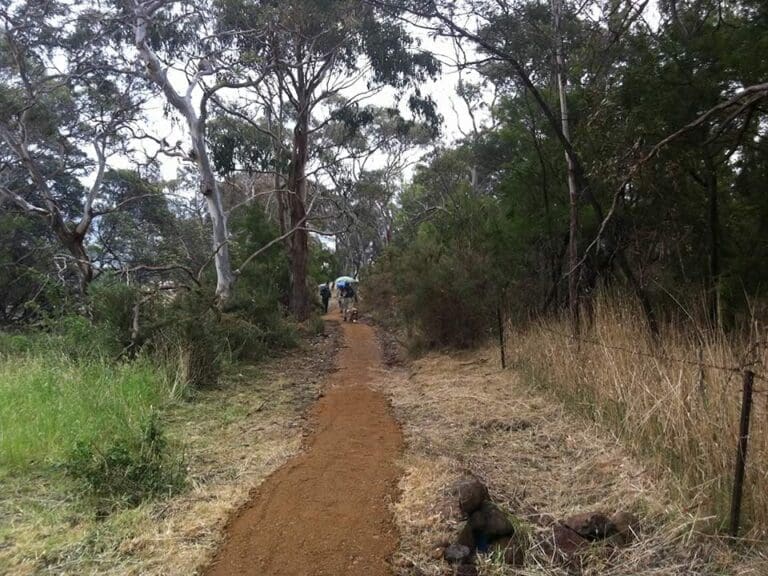