Kata Tjuta Valley of the Winds is a 7.4km, grade 4 hike located in the Uluru-Kata Tjuta National Park, Northern Territory. The hike should take around 3.5 hrs to complete.

Kata Tjuta (The Olgas) is a massive pole of 36 weathered domes, estimated to be around 500 million years old. Explore this site by taking the Kata Tjuta Valley of the Winds walk. Enjoy various waterholes, sacred meeting areas and numerous native birds including finches and budgerigars. Following rain you can also view native wild flowers along the desert plains.

The Valley of the Winds walk lets you immerse yourself among Kata Tjuta's domes. It also features unparalleled views of the spectacular Mars-like landscape surrounding Kata Tjuta from two lookout points along the track.

This walk is classed as Grade 4. It is steep, rocky and difficult in places, so please be careful and take your time. The full Valley of the Winds circuit takes 3-4 hours. Drinking water is available halfway along the track.

For a shorter option you can walk to one of the lookouts and return. However, doing the full circuit is actually easier than walking to the second lookout (Karingana) and returning.

Karu lookout (1 hour, 2.2 km return) - Grade 3
The track to the first lookout is moderately difficult and has some loose rocks to negotiate. However, the views from the lookout are absolutely jaw-dropping.

Mind your step and wear sturdy footwear. Drinking water is available at the start of the track.

It is challenging in sections with many steps and some steep spots.

The ancient red rock formations of Kata Tjuta rise from the dusty land to make an incredible sight in Central Australia. Witness the spectacular rocks as they appear to change colour and immerse yourself in the Aboriginal stories of this special place, 500 million years in the making.

Kata Tjuta is a group of large, ancient rock formations about 30 kilometres (18.6 miles) away from Uluru in Australia's Red Centre. Together, these giant stone formations form the two major landmarks within the Uluru-Kata Tjuta National Park. Kata Tjuta is made up of 36 domes spread over an area of more than 20 kilometres (12.4 miles). The highest point is Mount Olga, named in honour of Queen Olga of Württemberg by the explorer Ernest Giles. 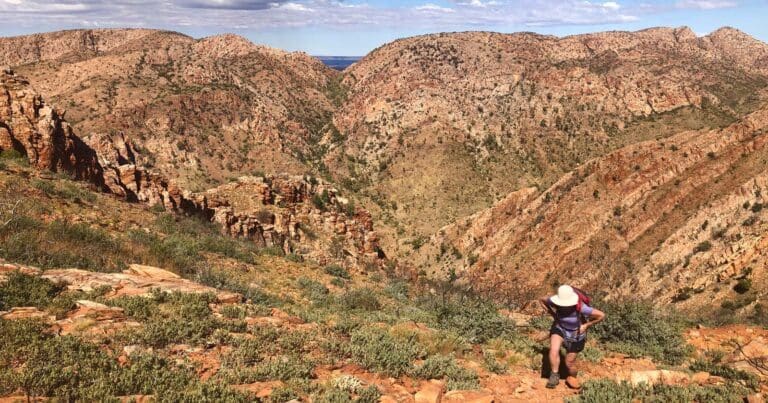 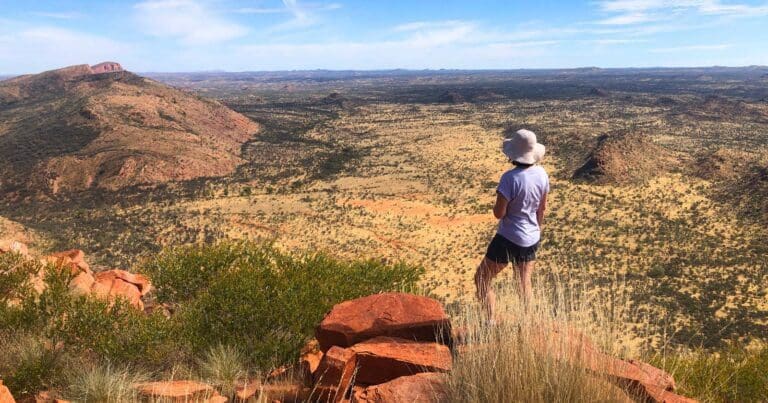