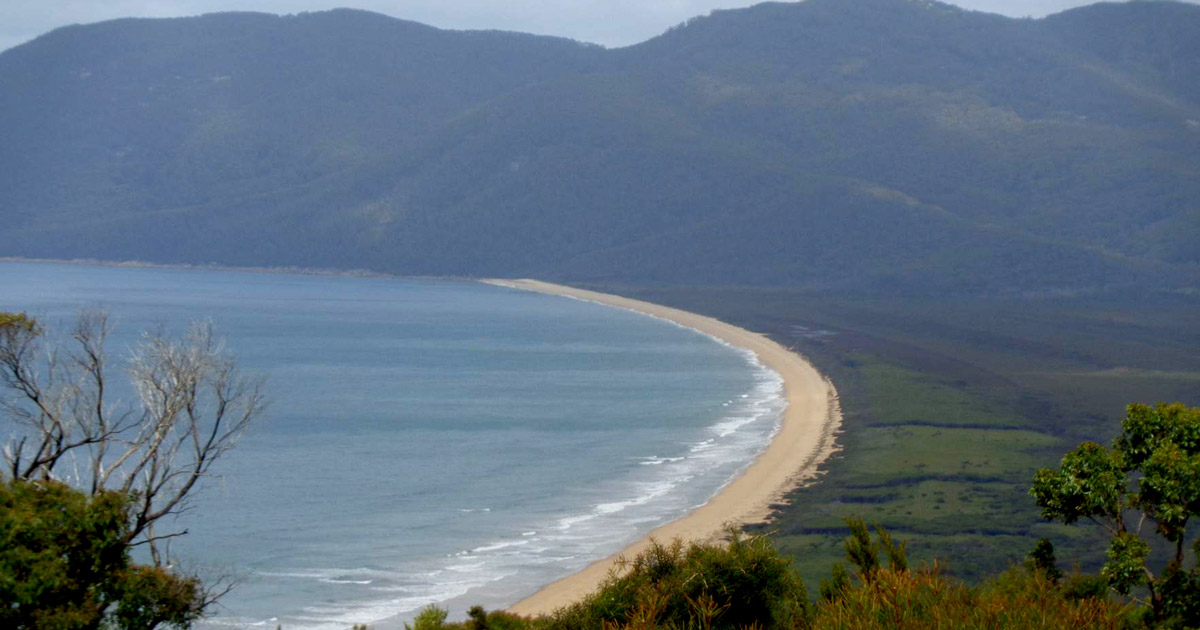 Arrived at the 5 mile road car park around 8.30. We were the first car in the car park. Set off up the hill to walk to Johnny Souey for the night. We must have seen at least 30 or more Kangaroos and Wallabies along the hill road until we reached 5 mile beach. This is a long but easy walk on the gravel road all the way to the beach.

A quick rest at the beach, then walked along the sand to Miranda Creek. We had timed the tide and low tide saw a quick boots off shallow crossing. We were sitting on the rocks enjoying the serenity when a wallaby hopped on a rock not 3 meters away, had a look at us, then hopped in the water and swam across the creek to munch on some branches on the other side. A few quick pictures captured the moment. 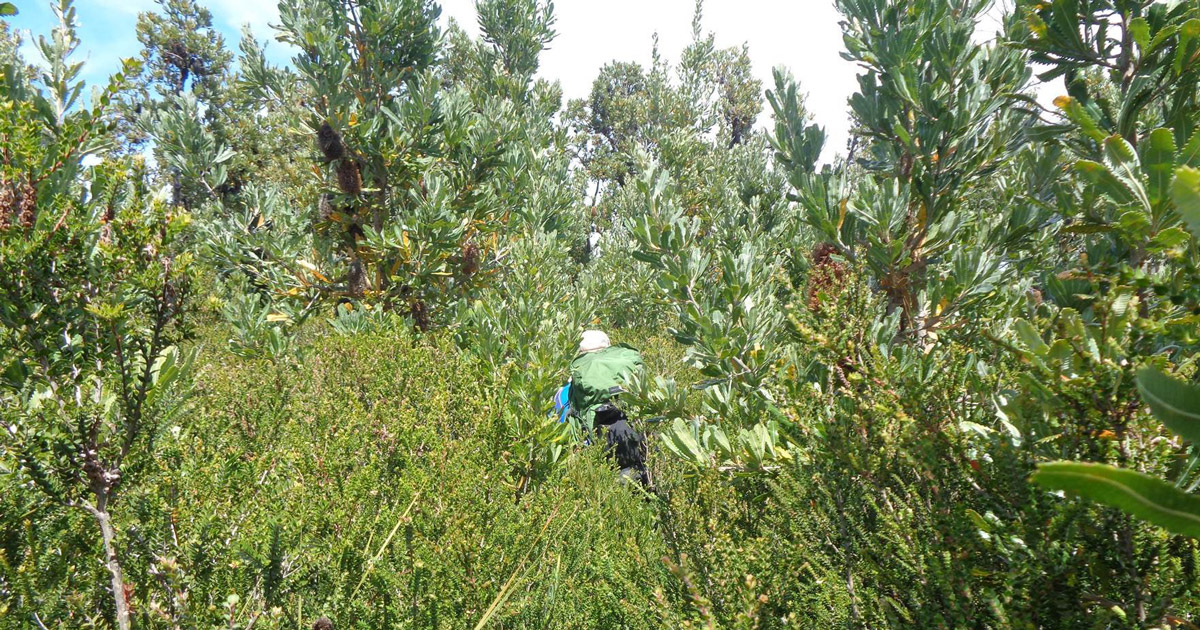 Steep short climb up the hill through the brush, and across the bush to Johnny Souey. The tide was still out and we set up camp and enjoyed a short walk to the end of the beach, then back, and rock hopped around the point. Water available from the creek, but very salty even up as far as we could go.

A huge sea eagle flew past our camp, too quick to get a picture, and later that evening flew back to some point inland. A couple of Kangaroos hopped down to the beach, and appeared to be eating seaweed. 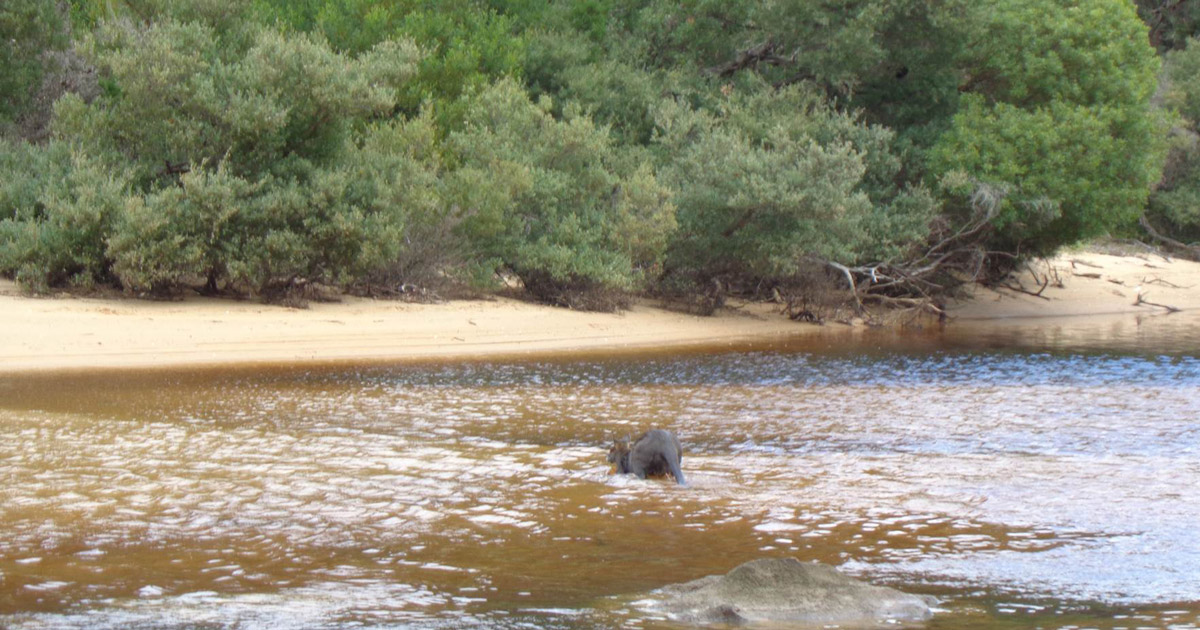 A walk along the beach, then up the hill through the scrub and follow the well-marked track across the headland. The track heads down to the rocks, and again we had timed the tides well. Rock hopped for ½ hour around the point (would be very difficult at high tide) then along the small beach to the next headland, Across the headland to the long long beach. An easy but long walk on the sand to the Beacon at the end. Easy to find the buoy marker, the up the rope climb to the bottom of the Beacon where we sat and had a bite to eat. The track from here is very overgrown all the way to the beach before Tin Mine. I wore a short sleeved T-shirt and ended up with many cuts and scratches. At times you cannot see the track, and have to let your feet find the track impression below. Once or twice the track runs out and you have to move a few metres either way until you find it again. The bush bashing is all the way across from one side of the Prom to the other. At one stage I had my head up, and had stood on a small tiger snake – my buddy yelled out, but by the time I turned around to look it had wriggled off. It was the only snake we met in the whole trek.

From the beach, turn right along the beach, until you find the track to Tin Mine leading up, and across the headland. Set up camp at the high camp, not the beach camp. The boat people had set up on the beach, and it looks like their toilet included areas around the small creek outlet. Gross!  Water is found from the high camp by bush bashing at the back of the camp to the creek. Filter and purify all water. 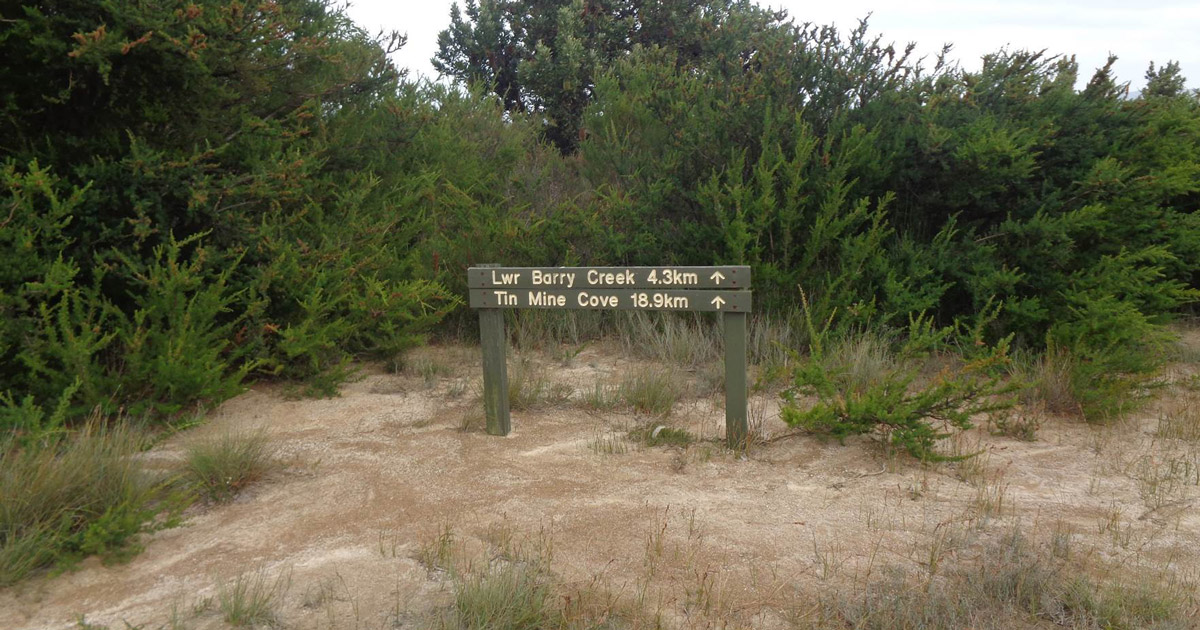 Got up at 5am, set off before 6. A great walk in the coming dawn. By the time we reached the turnoff to Chinaman’s Swamp, it was well and truly light. Set out into the swamp, and we were trying to follow the pink tape. We also had a GPX app that we referred to whenever we went off track – which was a million times that day. After about a ½ hour into the Swamp, we heard voices, and yelled out to them, then bush bashed across. It was two girls who had set out from the road travelling clockwise, but had become hopelessly lost, and as it came dark, they had to try and find a small clearing to set up a tent – brave girls in the middle of the Swamp! They were just packing up as we arrived. They were only about a ½ hour from the beach, but had virtually lost a day, and had a fair walk to Tin Mine to collect water! All up we were about 3 hours 15 mins in the Swamp, following the pink tape and/or the GPX file. The Swamp was fairly dry and we did not get wet socks which was a godsend.

Stopped at Lower Barry for lunch, and good water was available in the creek although we still filtered it. More bush bashing until we reached the big rock where we had a rest and a drink, and then onward to the road. From here about 5km to the car park. This was a big day of 11 hours. We jumped in the car and ate and drank everything we could at the Yanakie general store!! 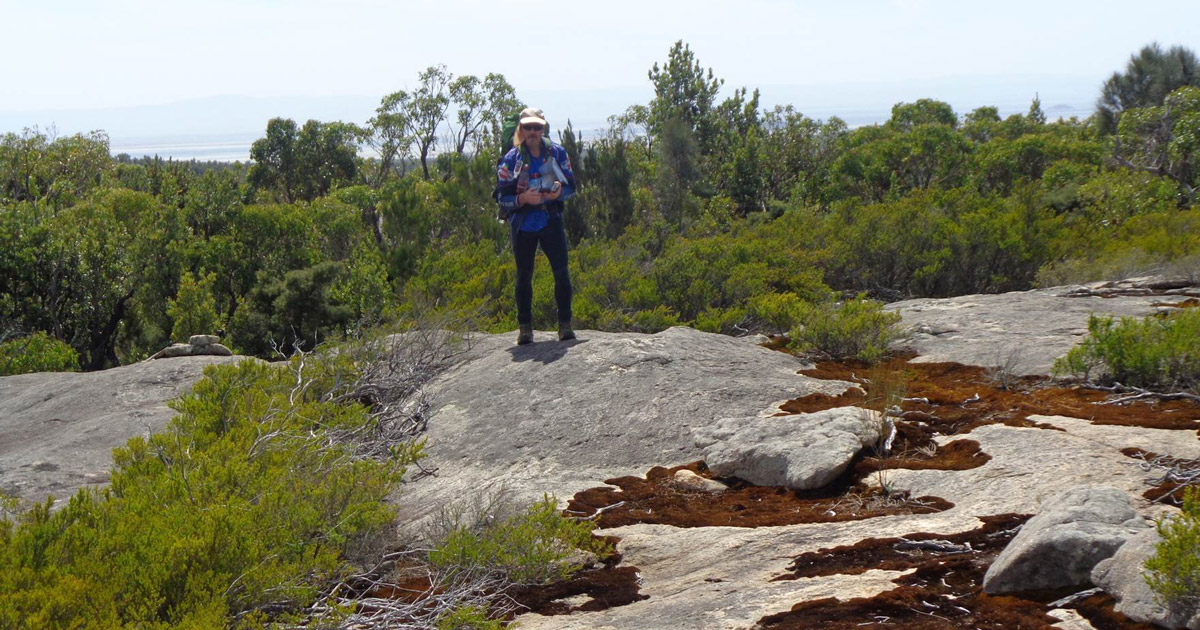 This is a challenging walk with a full pack, made tougher by the constant bush bashing, and the slowness of trying to find your way in the Swamp, but all in all it is a great walk. You would be lucky to see any other person on the whole track.