Pyrites Creek and Sugarloaf is a 19.8km, grade 4 hike located in the Lerderderg State Park, Victoria. The hike should take around 6 hrs to complete.

The antimony mines, operating from 1915-47, have shafts and adits of several mines; there is remnant plant and machinery, foundations of a crushing battery, tramway beds, shallow tunnels and a small open cut mine. The site has local historical significance as a representative embodiment of an extractive and industrial process and the associated way oflife. It demonstrates the effect of government action in this industry. The site also has local scientific significance in demonstrating potential as a site for archaeological investigation.

Hiking poles are useful in the creek bed, particularly after rain when the rocks will be very slippery. 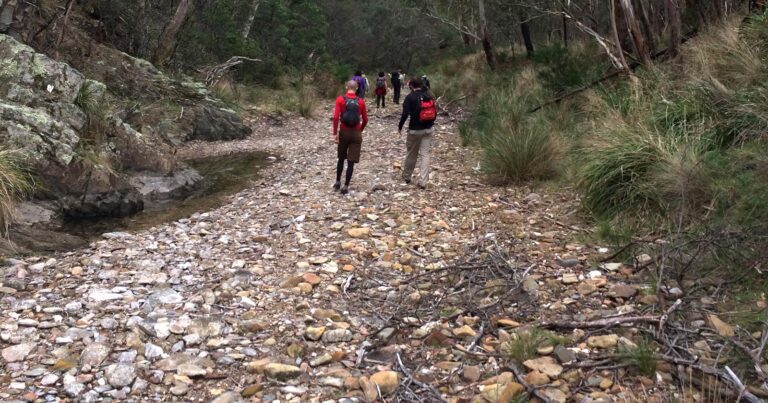 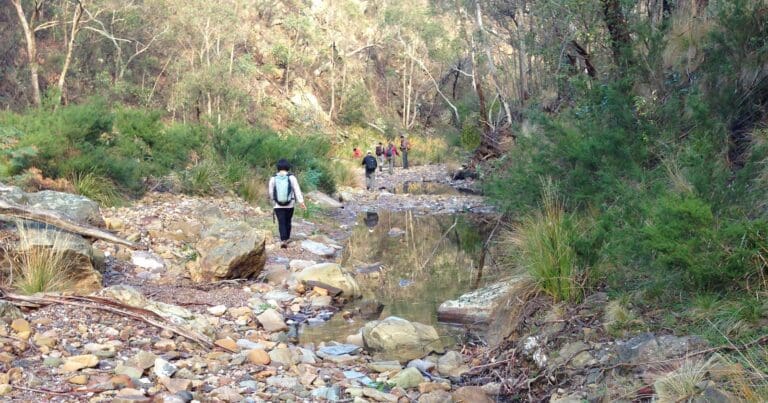