Belgrave Railway Trail is a 12.5km, grade 3 hike located in the Melbourne Region, Victoria. The hike should take around 4 hrs to complete.

Running beside the suburban railway line from Bayswater to Belgrave in the Dandenong Ranges, this trail follows the historic route of Puffing Billy, which ran as a narrow gauge railway from Upper Ferntree Gully until it was replaced with the extension of the suburban electric system to Belgrave in 1962.

Historic narrow gauge formations near Belgrave.
Gently climb to the base of the Dandenongs.

There are some short road sections near Upwey and Tecoma.

This trail is part of walking/cycling trail that mostly follows the railway from Ringwood. The maps shows where the trail starts at the Dandenong creek trail.

Bayswater to Belgrave in Melbourne Region

The narrow gauge (2'6") line to GEmbrook was opened in 1900, connecting with regular broad gauge trains at Upper Ferntree Gully. The little train soon became known as Puffing Billy. The line mainly carried passengers, timber and potatoes. The narrow gauge line was cheaper to build than a regular railway but because of the cost of transferring goods to the broad gauge, it never made a profit.

A landslip at Selby in 1953 prompted closure. The Puffing Billy Preservation Society was formed and persuaded the Victorian RAilways to reopen the line as far as Belgrave with a weekend tourist service.

After electrification of the suburban line to Belgrave, volunteers worked to restore the disused and overgrown line beyond Belgrave. A diversion was created near SElby, and it reopened to Menzies Creek in 1962, Emerald in 1965, Emerald Lake in 1975, and finally Gembrook in 1998. 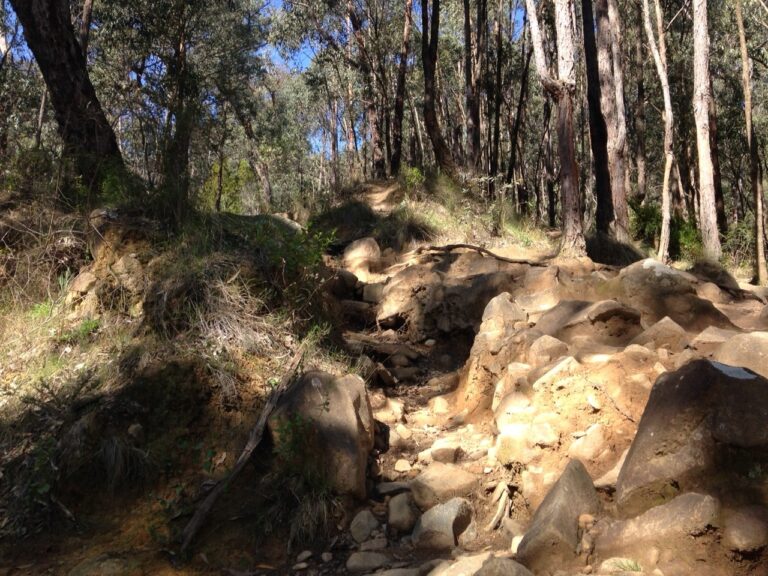 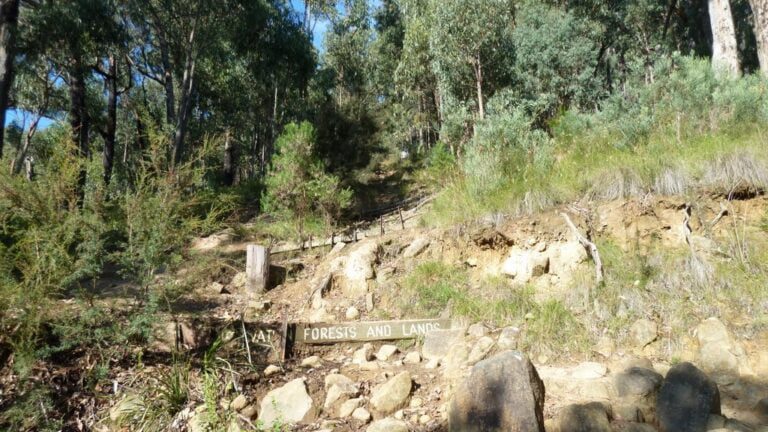