Surf Coast Walk is a 44.2km, grade 3 hike located in the Surf Coast, Victoria. The hike should take around 2 days to complete.

The Surf Coast Walk is a world-class 44km multi-use trail that takes visitors through inspiring seaside landscapes interspersed with coastal villages. Its easy access and 12 trail heads make it perfect for a short, long or multiday experience. The trail takes in the beaches near Australia's surf capital, Torquay, including iconic Bells Beach, before striking out for Point Addis' grand vistas of sweeping bays and impressive lookouts. Walkers can learn about local Indigenous heritage on Koorie Cultural Walk and be wowed by more soaring cliffs at Anglesea and Point Roadknight before the Split Point lighthouse grows ever closer on the headland horizon signalling the trail's end at Fairhaven. Along the way, unique villages offer creature comforts and cultural events.

The Surf Coast Walk can be journeyed in either direction or broken into shorter sections according to what distance you would prefer to undertake and what coastal features you would like to see. There are car park access points along its length, as well as plentiful public transport (coach) drop-off and pick-up points useful for getting on and off the trail.

The trail is shared-use for many sections. Cycling is permitted from the start point at Point Impossible all the way through to Ironbark Basin Car Park, to the north of Point Addis. Cyclists can rejoin the trail at Hurst Road Car Park (accessible via a dirt two-wheel drive road), and ride all the way into Anglesea to Point Roadknight. Other sections are walker-only designated, except for a short section from Split Point Lighthouse Car Park, to the trail's end at Fairhaven.

Traditionally the starting point of the trail is considered the northern end at Point Impossible, located on the coast between Torquay and Breamlea. From Point Impossible the Surf Coast Walk tracks south west along a gravel road behind the dunes of Whites Beach, through traditional Wathaurung Country, where Indigenous inhabitants camped for thousands of years.

The trail eventually reaches the outskirts of Torquay, the wellspring of Australia's surfing culture where the town's promenade skirts Torquay's Front Beach and Cosy Corner to Point Danger, which features an expansive lookout back towards Point Impossible.

Heading up and over Rocky Point, you leave Torquay behind in favour of the wide, sweeping trails that weave between the village of Jan Juc and its impressive cliff-backed beaches past Bird Rock to the famous clifftops above Bells Beach.

Briefly leaving the coast, the trail explores the coastal heathlands and into the Ironbark Basin, a unique patch of woodland wilderness. Spectacular lookouts over Addiscot Beach and a Koorie Cultural Walk are highlights before you join a short beach section, then climb up through the Great Otway National Park to the cliffs of Anglesea.

Twisting single trail leads away from Urquharts, through coastal heathland, eventually popping along cliffs leading to the foot of the lighthouse, which is worthy of a tour.

Following the headland, you drop over the side to the inlet for which Aireys is named and from here it is an easy walk up and over the waterway to the greet the trail's end at the Fairhaven SLSC.

From Melbourne, the drive is approximately 75 minutes to Torquay via the Geelong Ring Road to Point Impossible, located on the coast between Torquay and Breamlea.

Alternatively, there is a V/Line train service from Southern Cross Railway Station (Melbourne City) to Geelong Railway Station (Geelong), and from there a McHarrys coach service (Routes 73 and 74) to Boston Road/Pearl Street (Torquay). 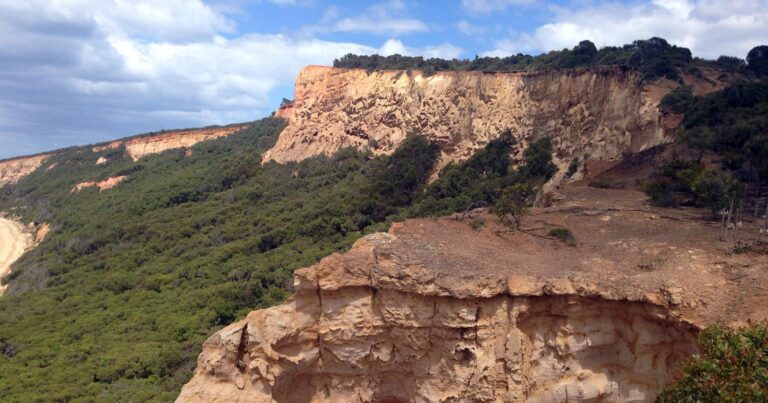 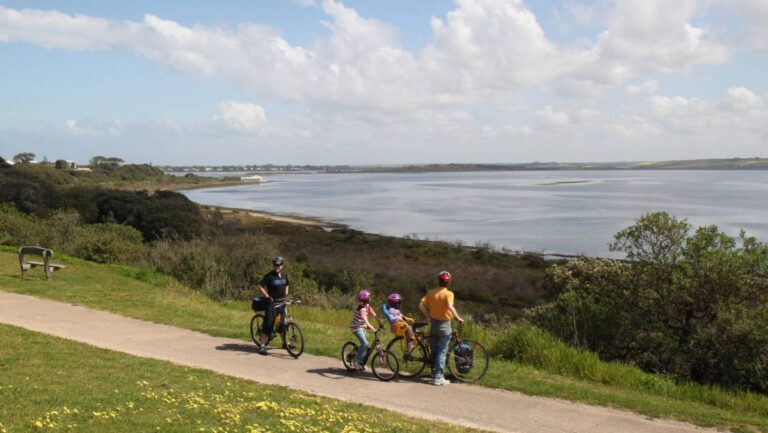 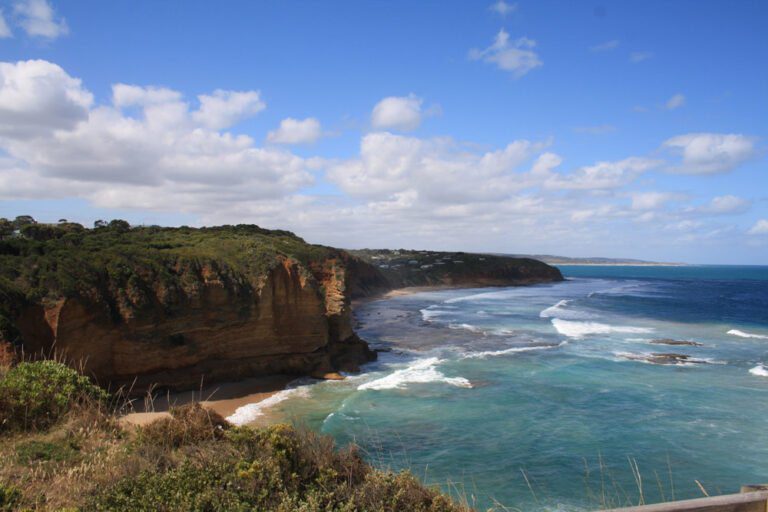