Powelltown Tramway is a 43.5km, grade 3 hike located in the Powelltown, Victoria. The hike should take around 2 days to complete.

Much of the trail is now overgrown and difficult to see on the ground let alone access.

The Powelltown Tramway follows the routes of tramways built in the early 1900s to open up the area for logging. There are a variety of tramway walks from a few hours to a couple of days. The Reids Mill Tramline offers a shorter walk of 6 km, return. The Department of Sustainability and Environment (DSE) developed the trails through state forest in the 1970s following the routes of the tramways. Along the tracks are tree ferns and dark green myrtle beech trees in moist gullies, majestic mountain ash forests on the slopes and brown and messmate stringybark and silvertop forests at lower levels.

In the early 1900s, the area around Powelltown was opened up by a network of tramways which carried logs from the mountains of the Upper Yarra and LaTrobe Valleys to the Warburton railway. The largest mill in the area, from which Powelltown takes its name, was operated by the Victorian Powell Wood Process Company. The company was formed in 1912 to exploit the new, and ultimately unsuccessful “Powell” method of wood preservation, which involved treating the timber with a mixture of molasses, water and arsenic.

The tramways kept close to creeks so they could maintain an even grade and there were many bridges. Sawn wooden rails were used on the earlier lighter lines, and in one place a tunnel cut though a hill. The forest trees were cut with axes and cross cut saws then winched on to the tramway with big steam winches set up beside the tracks. The tramlines declined in the 1930s depression. The 1939 bushfires devastated this area and meant sawmills were required to relocate to the edge of the forest. This, combined with increased truck traffic, caused the tramways’ demise. The 1983 Ash Wednesday fires again devastated this area.

The remnant bridges of the Powelltown tramlines are unsafe. Leave them alone and follow the tracks through the gullies. Be prepared for leeches; wear long trousers or gaiters. Plenty of water is available.

Start at the picnic ground opposite the DSE office in Powelltown. Follow the main road east for 1 km and turn into Blake Street. After 75 metres this street turns east into Surrey Road, built on the old tramline formation. The track then follows the tramline to the far eastern end of Powelltown where it crosses the main road and continues along Mackley Creek Road, mostly following the tramline formation, for 1 km.

The walk then leaves the road and begins to follow the Little Yarra River. The tramway builders took advantage of an unusual geological formation called a natural bridge. The river disappears underground for about 50 metres where the tramline leaves the road. By using this natural bridge to cross the river, the tramway builders saved the expense of a trestle bridge. The line then follows the river for 3.3 km and meets the Powelltown–Noojee road at The Bump.

The Bump was so named because for many years it barred easy passage from the Little Yarra Valley to the LaTrobe River Valley on the other side. Until 1925 access was via The Bump incline. The log bogies were winched up the final steep section and lowered down the other side by a stationary winch. In July 1925 this system was replaced by a 313-metre-long tunnel which took 13 months to dig and was about 2.8 m wide and 4.0 m high. It was timber-lined and had a vent shaft in the middle through which smoke escaped. The tunnel was closed as a safety measure after World War II. Both entrances are still visible.

The track winds down from The Bump to the tunnel exit in the LaTrobe Valley. From the exit to the river crossing, the track was built on an earth platform made with debris removed from the tunnel. The track then crosses the LaTrobe River for the first time. Immediately beyond the river is the site of the settlement of Nayook West, the only evidence of which is the mill sawdust heap. In the mid 1920s this settlement had a population of about 150; in 1926, 78 pupils were enrolled at the State School. The settlement had its own shopping centre, and a picture theatre which screened silent films to a packed house on Saturday nights.

The track continues east from Nayook West close to the LaTrobe River, crossing it six times before emerging at the High Lead carpark on the Powelltown–Noojee road.

From the carpark the track again crosses the LaTrobe River and follows it north for about 1 km then crosses and follows Big Creek north-westwards for 1.4 km to the start of the High Lead incline. There are many fine specimens of myrtle beech along Big Creek.

The High Lead marks the start of the most difficult section of the walk. The track rises 415 metres in 1600 metres, a grade of almost 1:4, to the site of the winch station on top of Dowey Spur. From here it is a short walk down to Dowey Spur Road.

The High Lead is flanked on both sides by regrowth mountain ash forest which resulted from the 1983 Ash Wednesday bushfires. An intensive salvage operation obtained the maximum volume of saw logs and pulpwood from the stands of fire-killed Mountain Ash.

From Dowey Spur Road the track drops straight down to the Ada River following the other side of the High Lead incline. The Ada River flows through a wide, flat area which is very wet for most of the year. Immediately across the river is the Ada No. 2 sawmill. Some relics of the mill remain, including the boiler. This mill was burnt out in the 1939 fires.

Just beyond the mill, the track crosses a small stream and climbs to where the Federal Timber and the Victorian Hardwood Company lines crossed. This is the start of two branch walks from the main track.

Six hundred metres beyond the bridge is the New Federal mill. Its output was devoted to supplying staves and other barrel timbers for the company’s cask factory in Footscray. From the mill site, return to the tramline junction or continue south-east from the mill site along the Upper Yarra Track.

From the tramline junction, the main track goes north-west up the Ada River valley to Starlings Gap. Along the valley are the remains of what were once fine trestle bridges. The track emerges at the picnic and camp ground at the Gap, on the divide between the LaTrobe and Yarra valleys, 740 m above sea level.

Just beyond Starling Gap is a sawdust heap, all that remains of an old sawmill which operated here until 1942. The line continues down on the northern side of Mortimore Creek valley for 7.3 km to Burns Road, crossing an old fireline on the way. A short distance before the fireline, about halfway between Starling Gap and Burns Road, another sawdust heap marks the site of Ezards sawmill.

Between Starlings Gap and Burns Road, the tramway descends evenly at a grade of 1:12, which was fairly steep for tramways, but not for walkers. Coming down from the Gap, the locomotives were coupled to the rear of the train for safety reasons. If the engine or brakes failed, the train of logs would bolt down the hill, and the engine driver had a chance to escape.

Shortly after crossing Burns Road the line meets Big Pats Creek and follows it down to the picnic ground at Big Pats crossing. The tramline section of the track finishes here. Walkers can continue along Big Pats Creek Road for 3.4 km to Riverside Drive; turn right and go on to the Warburton Highway. The walk finishes beside the highway at the picnic ground on the banks of the Yarra, opposite the Riverside Drive junction.

This easily graded trail follows an old timber tramway to the site of Reids Sawmill which was in use from 1920 to 1930. It starts on the Noojee Road, about 500 m east of Powelltown. The trail passes through magnificent tree ferns and tall mountain ash before entering dryer stringy bark forest. Care should be taken when crossing the bridges provided over several small streams. A few relics of the mill can still be seen at the end of the trail.

The return trip may be made via the steeper Big Bertha track. This is a shorter track, but much steeper. It finishes at the picnic area opposite the DSE offices just to the west of the town. A 1½ km walk along the main road completes the circuit.

East of Melbourne in the Upper Yarra region, 80km from Melbourne 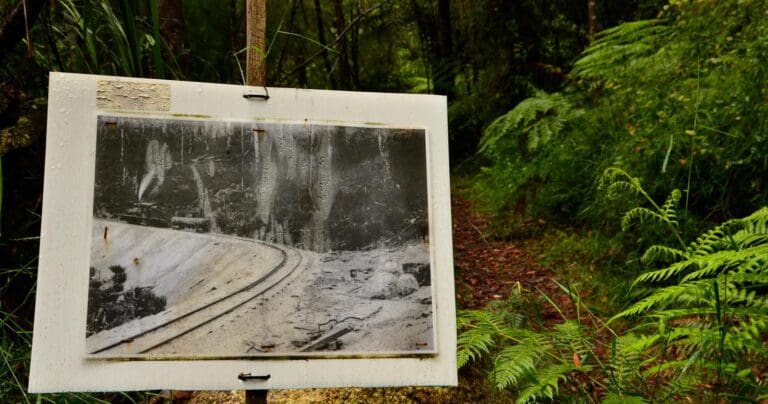 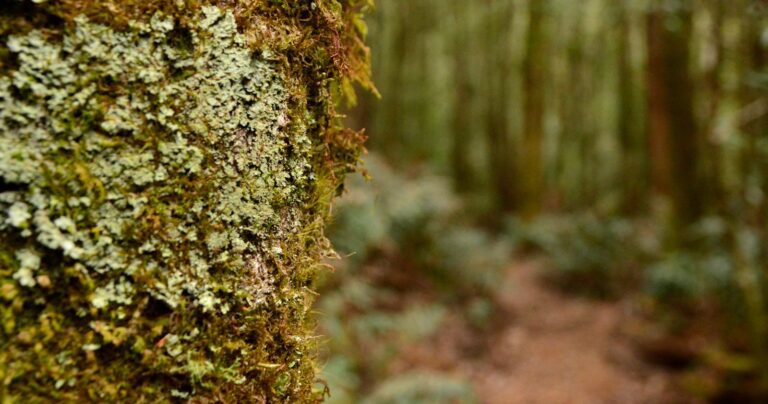 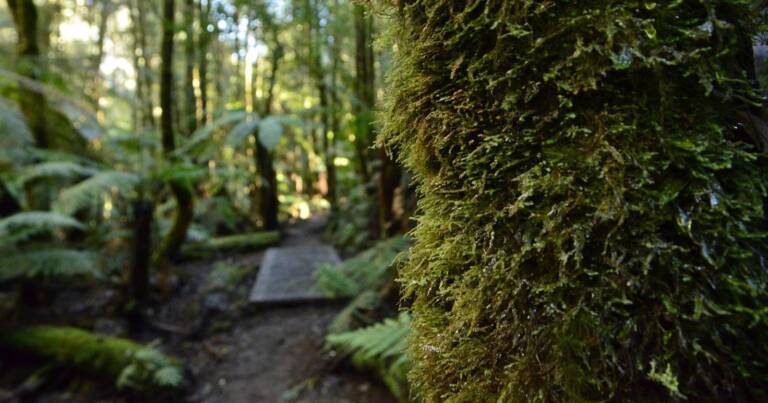