The Hume and Hovell Track is a 426km, grade 5 hike located in the South East, New South Wales and passes through the Woomargama National Park. The hike should take around 26 days to complete.

NOTE: Some sections of the track are closed due to damage from the January 2020 fires. The latest closure map is located here.

The Hume and Hovell Track is an epic trail in the south east of NSW that traverses rugged and beautiful countryside following a mix of public roads, fire trails, purpose built single track and over 100 footbridges.

The track stretches 426km and passes through the towns of Yass, Wee Jasper and Albury and nearby the towns of Tumut, Talbingo and Tumbarumba offering a variety of topographies, vegetation types and land uses, as well as numerous points of historic interest. Along the way, there are 17 campsites, picnic facilities, numerous boardwalks and three major bridges over significant rivers.

The track receives regular maintenance but it is likely that users will find trees and branches over the track in the heavily wooded areas, particularly after the winter season. As well, over time, and with funds being available, sections of the track are being rerouted to take them off public roads and improvements are being carried out, e.g. new boardwalks and bridges installed and shelter sheds being erected at bush campsites. Parklands Albury Wodonga established a section of track around Albury and the final link stretching north through farmland to the established track coming out of the Woomargama National Park at Tunnel road was opened in 1999 in time for the 175th anniversary celebrations.

Where possible existing fire trails, forestry service roads and other four wheel drive tracks were incorporated into the walking track. A few sections of public road had to be used and the balance, about half the track, is on constructed foot tracks. The track crosses the Goobarragandra and Tumut Rivers thanks to two pedestrian bridges over the Goobarragandra River and a suspension bridge over the Tumut River.

Minor streams required over 100 bridges and many sections prone to becoming wet and boggy have been spanned with boardwalks. A track logo, in the form of two, small stylised human figures, (see inset), representing Hume and Hovell, is displayed along the full length of the track to assist with track finding. At all trackheads and other places of access, signboards showing places, directions and distances have been erected. Where the track joins or crosses other tracks or roadways, directional bollards have been installed. If the track passes through areas of historical interest and significance, descriptive plaques have been erected.

For more information on this amazing track, visit the Hume and Hovell Track website

The Hume and Hovell Track traverses a variety of different terrain, grades, track types land tenures. The effective "difficulty" of each section varies frequently, so it's hard to summarise the difficulties over one single section. However, in broad terms, the track can be classified into three major levels of "difficulty", ranging from 2-4, based largely on Australian Standard 2156.1 - Walking Tracks - Classification and Signage.

NOTE: Google’s depiction of the track alignment is incorrect in many places. 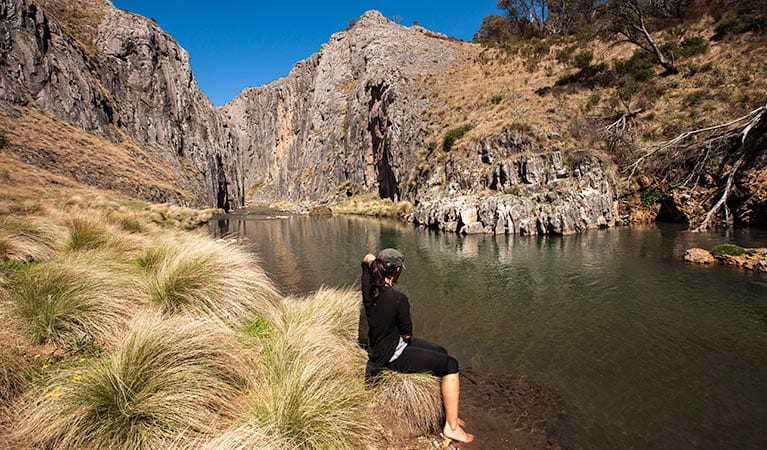 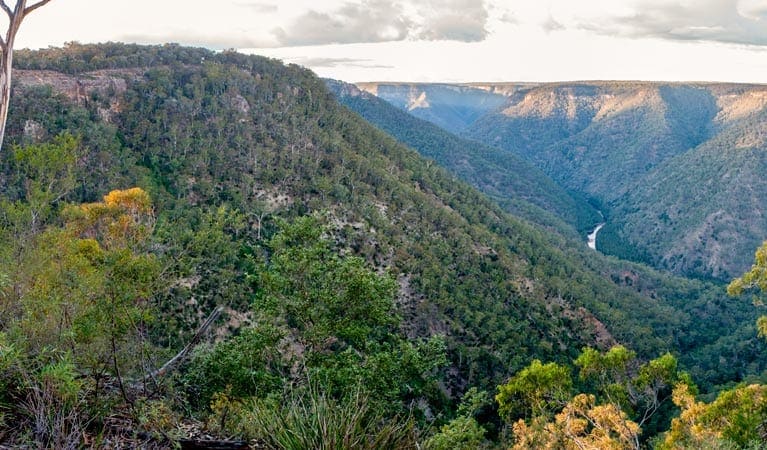 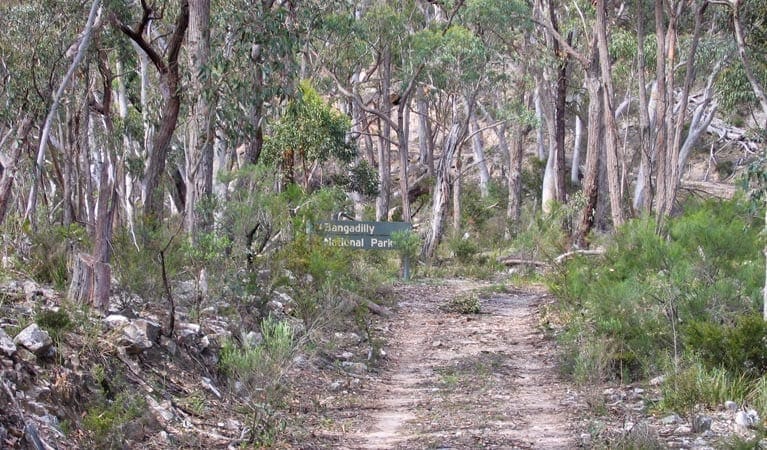 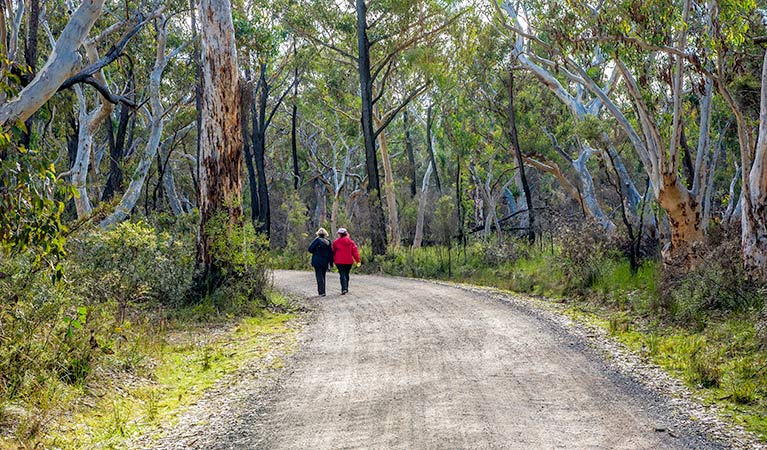