Standing in the heart of the Himalayas with 50% less oxygen than I’m used to, snow falling at my feet, no showers for a week, in sub-zero conditions it’s one of the best experiences of my life.

Making the trek to Everest Base Camp had been a dream of mine since I was a kid. The idea of walking in the footsteps of legendary adventurers and mountaineers sounded like such an exciting challenge to me.  Standing on the edge of the Khumbu Glacier, staring up at the sheer mountains before me I felt so insignificant; it was an awe-inspiring moment in a place where I felt privileged to be.

Our trek to Everest Base Camp trek started in Lukla at 2800m altitude following an exciting flight in a small plane into one of the world’s most dangerous airports. Our route took us through the Dudh Kosi Valley, surrounded by the soaring peaks of Thamserku and Kusum Kanguru. Coming from Australia, with our highest peak set at 2,228m it was difficult to comprehend that Everest was more than 2,000m higher than the ones surrounding us and 6,620m higher than the tallest mountain back home. 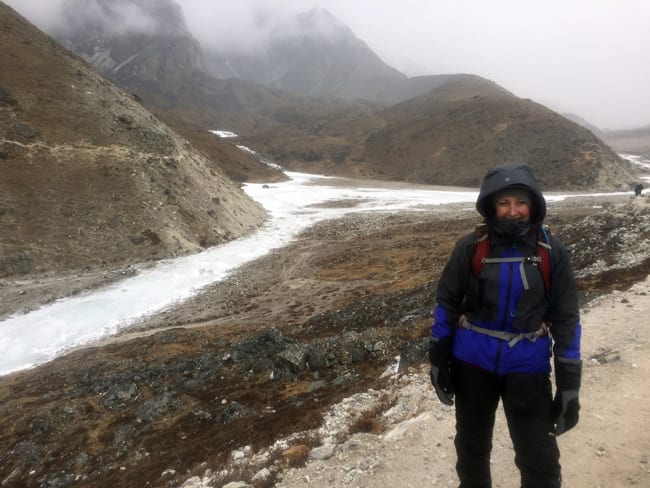 It’s a steep ascent to Namche Bazaar, capital of the Kumbu Sherpas, where we are again greeted by spectacular mountain vistas. For the first few days of our trek the weather was amazing. We had beautiful blue skies and a pleasant 130 at Lukla but by the time we reached Namche the temperature had halved and ominous clouds poured up the Valley behind us.

The real trek to Base Camp began in Namche where immediately upon leaving the village Everest appeared on the horizon next to Lhotse. That was pretty exciting and I must have taken about 50 selfies. We followed the trail to famous Tengboche, located high on a sharp ridge, where a magnificent 360-degree panorama awaited. The views of Everest, the Lhotse-Nuptse Wall, Ama Dablam and Kantega dominated this peaceful and spiritual place. 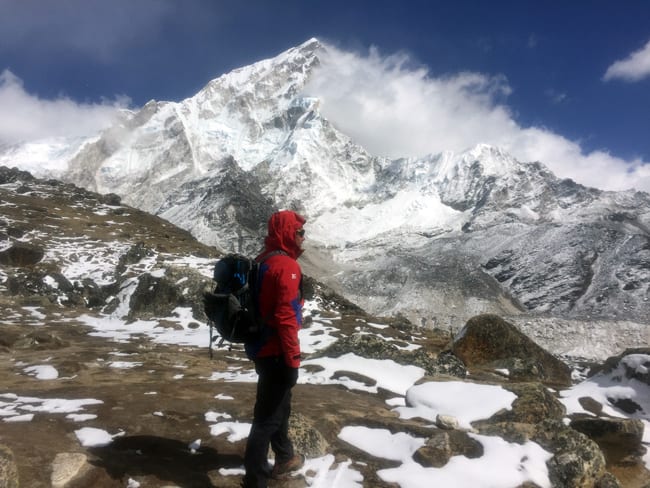 While we were blessed with fine weather for the first stage of our trek (and I wore a t-shirt every day) it wasn’t long before that all changed. Snow flurries began within an hour of reaching Dingboche, adding to the mud and slipperiness of the trail. With temperatures now creeping below 00 and wind whistling through the valley, and right through my t-shirt, it was time to succumb to nature and put on a few more layers. First layer was my trusty Gore® WINDSTOPPER® jacket which is brilliant for doing what it says, stopping wind. This was followed by my Kathmandu Alopex GORE-TEX® PRO outer layer.

I love this jacket as it is extremely waterproof, snow proof as well, ridiculously lightweight and able to pack down really small in my pack when I wasn’t wearing it. The built in glasses wipe was also a brilliant edition to remove the snow from my view. When I did have it on, it seemed so lightweight that I don’t even realise I was wearing it. There were many hills we had to ascend on this trek and at no time did I perspire under my jacket like I have with other ones I have worn.

The Alopex is constructed with GORE-TEX® PRO fabric, which is rugged and durable, waterproof and windproof and does a great job of keeping the weather out and keeping out of your way (it’s not bulky). The zips and pockets are all well positioned so that you can access them when wearing your pack and the hood has a number of adjustment cords that allows you to pull the hood in tight around your head and face to keep the weather at bay. There is also an internationally recognised RECCO rescue reflector built in but thankfully we never needed to test that. 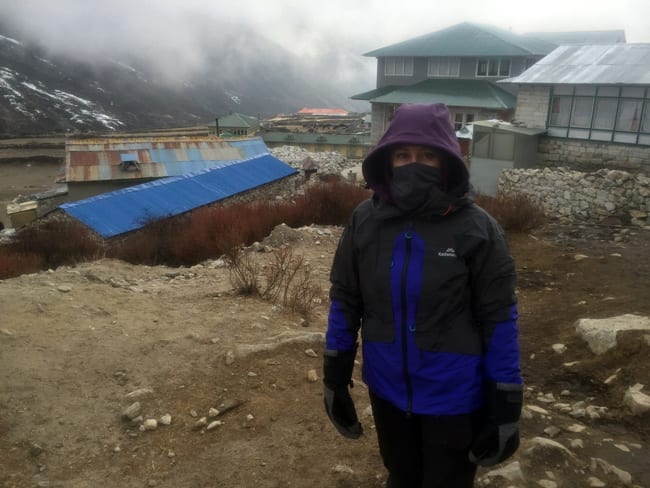 For the rest of the journey via Lobuje to Gorak Shep the conditions did not relent. It was -50 but it certainly didn’t feel that cold as we progressed under the comfort of our GORE-TEX® gear. We had periods when the snow falls subsided and we saw glimpses of blue sky and mountain summits peeking through gaps in the clouds.

The trail to Base Camp from Gorak Shep was not really difficult. A lot of it is on the glacier so plenty of elevation change up and down and meandering through rough and rocky terrain. Along the 2-hour one-way journey we enjoyed the incredible melt patterns (the ice melts in the sun around rocks but not under the rocks where there is shade), listened to the avalanches and rock falls around us and admired the gently rounded ice towers on the upper part of the Khumbu glacier. 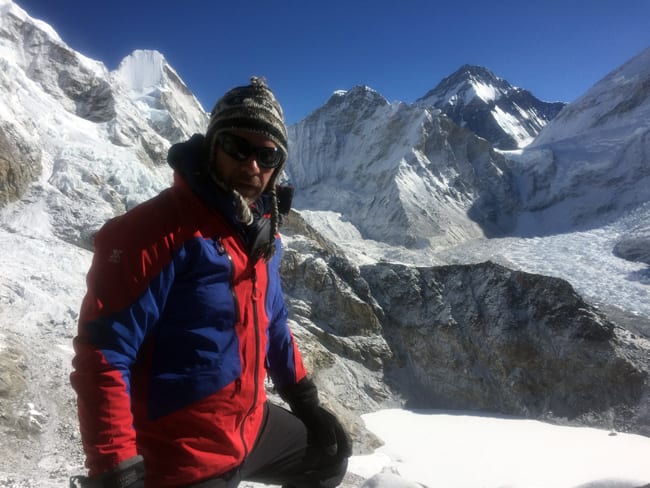 On reaching Base Camp, thankfully the weather finally cleared. Standing at an altitude of 5,364 meters is euphoric, even with depleted energy levels. It’s like standing in a snow globe, where the magnificent snow-peaked mountains, the Khumbu icefall and the imposing presence of Everest loomed before us (even though we couldn’t see the summit from where we stood).

The Everest Base Camp trek was incredible and the experience of a lifetime.

As a field-tester, the reviews I prepare are based on my own on-trail experiences and represent an unbiased account of the gear I use and trust. Some reviewers will not bother to take gear into the field and will search the internet for existing reviews before writing a comparative account. If you are a retailer or manufacturer and would like me to field-test your gear please get in touch.