Walhalla to Thomson Station via Poverty Point is a 12.5km, grade 3 hike located in the Walhalla Historic Area, Victoria. The hike should take around 4 hrs to complete.

The Walhalla to Thomson Station hike commences in the heart of historic Walhalla. Follow the trail leading up the steps opposite the general store (or the steps adjacent to the band rotunda) up to the old tramway above the town. From the tramway there is a good view of the Walhalla township strung out along the narrow valley of Stringers Creek.

The hike follows the first 8 kilometres of the Australian Alps Walking Track (AAWT) along the level bed of the tramway which winds its way past mine heads and through regenerated forest and ferny gullies. After 4 km the tramway crosses Mormon Town Track on the crest of a spur and turns north wards up the Thompson River Valley winding in and out of small gullies for some 4km until it reaches the Poverty Point Bridge (aka Old Steel Bridge).

After crossing the bridge the hike departs from the AAWT and back tracks along the opposite bank of the Thomson River along a level track for 4km to the bottom end of Old Depot Road. From here it is a short walk which passes under the Walhalla Road to the Thomson Station.

Returning to the trail head

If you time your hike well enough, the train will return you to the Walhalla Railway Station. The Walhalla Goldfields Railway is operated and maintained by volunteers and is one of the most spectacular rail journeys in Australia winding through the spectacular Stringers Creek Gorge.
From the station there is a 500 metre walk back to the trail head.

Alternatively you can follow the AAWT for approximately 4km and retrace your steps back to Walhalla.

Walhalla is 184km east of Melbourne. Access is via Princes Freeway (M1) to Moe, north through Erica (C466), turn east to Rawson then left to Walhalla (C461). 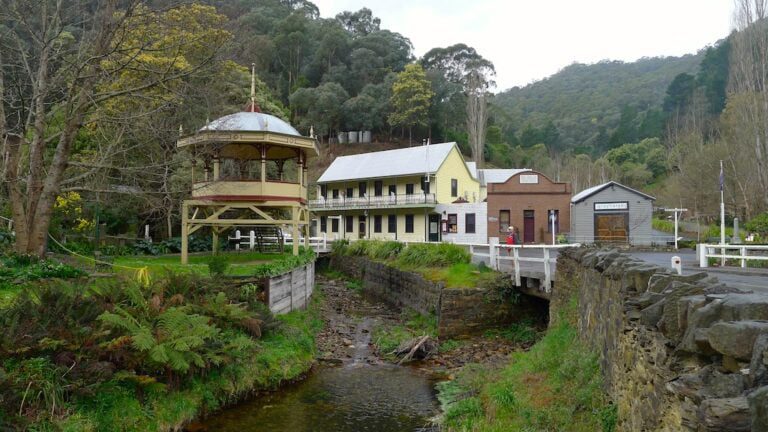 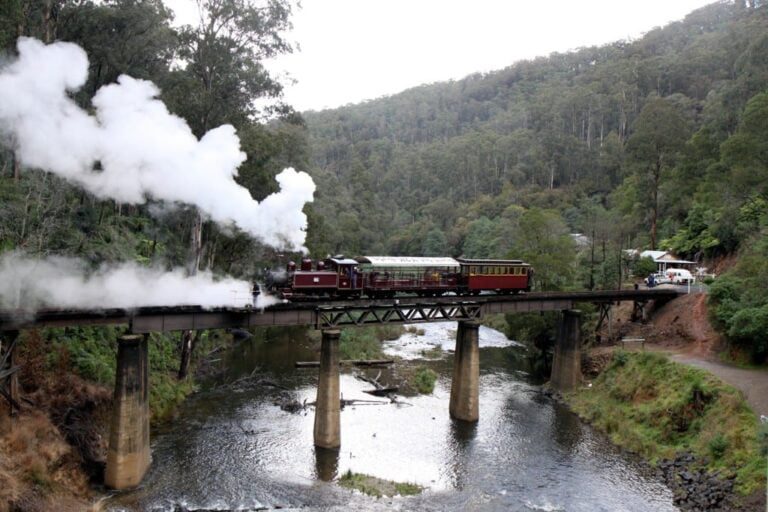