Rubicon Aqueducts is a 17.3km, grade 3 hike located in the Rubicon Historic Area, Victoria. The hike should take around 5 hrs to complete.

The Rubicon Aqueducts hike is a rather pretty walk with no steep hills, unless you choose the harder option (see map and GPX file below). Don't let the power stations and tram lines put you off, this is a nature walk with a bit of history, not an industrial walk. The full walk should take about 5 hours, while it's about 18 km, it's almost flat and entirely on good tracks, so you will walk faster than usual.

Walk south along the Royston River Road for 2 km until you get to a road junction. Turn right and head downhill parallel to the wood stave pipeline that leads to the pretty Royston Power Station.

Head south along the tramline for 3.4 km to the Rubicon Dam. This side trip winds it's way through attractive tall forest on a flat route. There are a couple of attractive bridges, Beech Creek trestle was toasted in the 2009 fire and has been rebuilt, (sadly without tramlines). The Lubra Creek Trestle has a rotten deck with gaps of a couple of metres that are undecked, so descend a side track to the creek to get across the valley. At the end of the tramline take in the atmosphere of the damp gorge and it's small dam. The steep stairway to the top of the dam wall has a locked gate that has been installed by AGL Energy for safety reasons. Do not attempt to get around the gate or climb the structure in order to gain access to the dam wall. If you walk back a hundred metres or so from the dam wall you should be able to locate a rough trail that leads to the lake for views near the dam wall. The view of both the lake and valley from near the wall is well worth the effort. After a break, return to Royston power station.

At Royston power station head north on the tramline beside the aqueduct, walking past a mini sawmill and a house. Soon afterwards the line crosses a road on another trestle bridge. Either walk over the bridge or descend and walk to the other end of the bridge, but don't be tempted to take a minor road that starts off running parallel to the aqueduct. Instead climb back up to the tramline and walk north beside the aqueduct for 5 km until you get to the forebay at the end of the aqueduct. There was once a small village here with a dozen or so houses. There are still four buildings including a shed for the rail vehicles and a building that houses the huge winch that hauled passengers and freight up the steep incline. Take in the stunning view from the forebay. This is the place where the open aqueduct feeds into a steep penstock taking the water down to Rubicon power station 450 metres below. You can see the Goulburn Valley and lots more too.

After taking in the view, walk south east up Le Bruns Road for 3km to your car.

Route described above, commencing at the Rubicon Power Station and including side trip to Rubicon Dam (21km)

Drive to Healesville and continue on the Maroondah Highway B360 over the Black Spur. Continue to Taggerty and turn right on to the road leading to Eildon C515. Continue for 9 km to the bridge over the Rubicon River. Don't cross the Rubicon, instead turn right onto the Rubicon Road. The first 5 km is sealed, but the last 3 km are gravel. Just before you get to the power station with the huge pipeline, turn left onto the Royston River road and climb for 5 km to the junction with Le Bruns Road. It is on the edge of a coupe where recovery logging took place after the 2009 fires. Park your car here.

Variations (refer to maps and GPX files below)

A: Route described above including side trip to Rubicon Dam (17.3km) 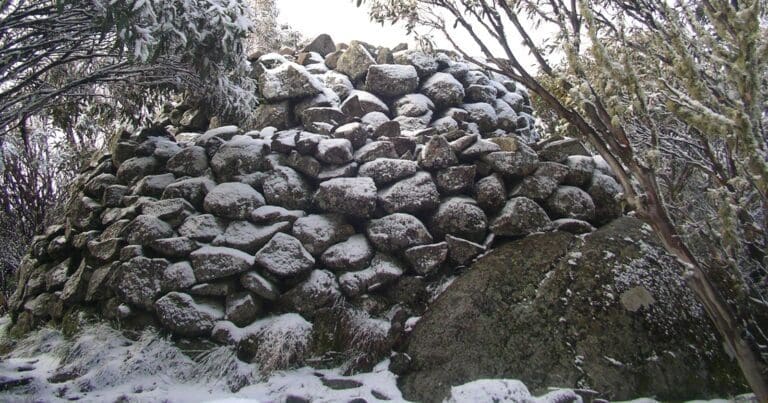 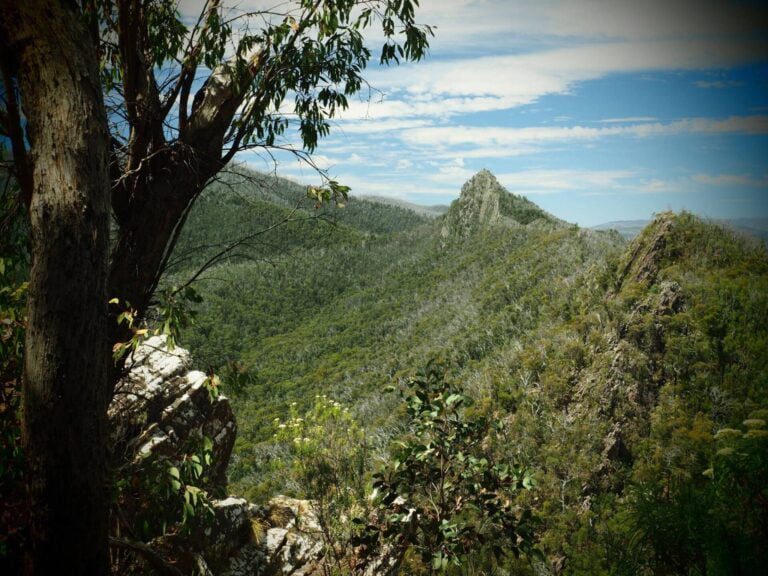 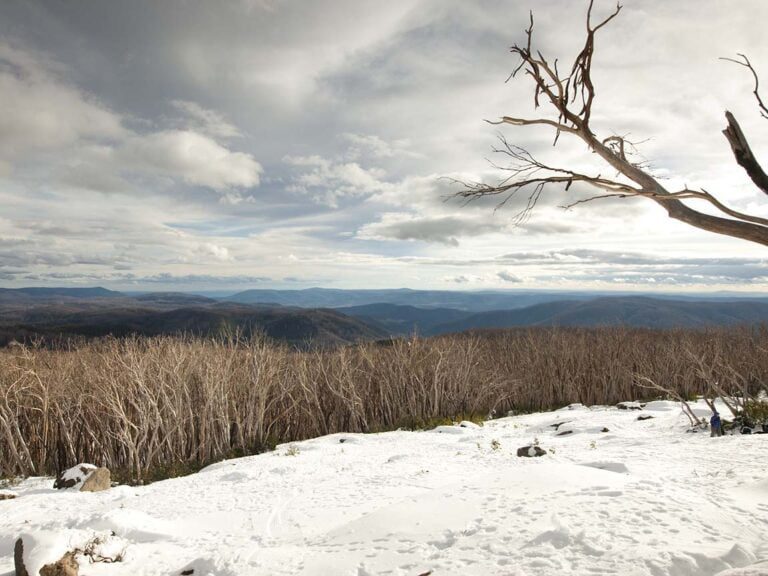